Based on the word-ladder concept popularized by A.A. Milne in notes to his daughter, Morflets™ can be played solo, or side-by-side with a friend or two; it's ideal for classrooms with laptops as a study tool, where an entire class can play.

The name? Originally WordMorph, then WordWarp, and on through a dozen permutations, the term Morflets became the winner for several reasons. 1) My daughter liked it. 2) It worked as the name of the game itself, as well as the name of the couplet of two words—the start word and finish word—that make up each game. 3) It sounded like fun.

In order to qualify as a "Morflet," the two words must be related—and witty. Like changing "nose" to "pick," or "hair" to "wigs."  Playing Morflets™ not only strengthens your logic muscles, it subtly increases comprehension while it broadens a player's vocabulary. 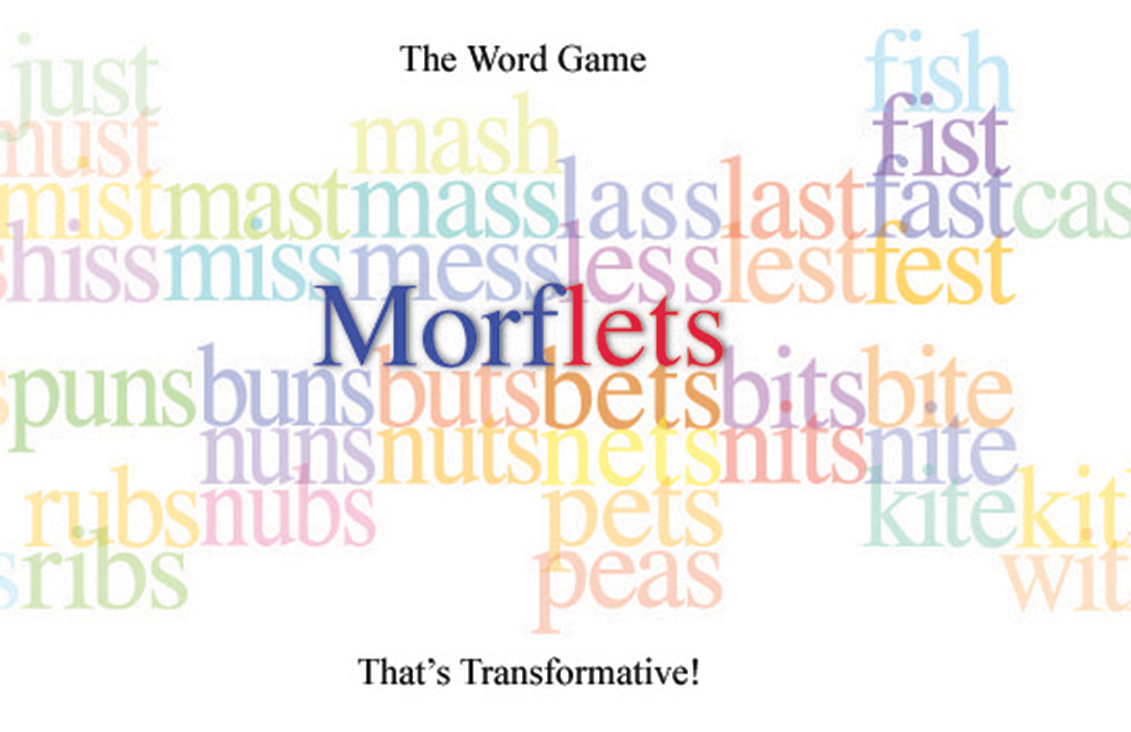 Some Morflets are easy, and take only 3-5 transformations.

Some are more difficult, and can take from 5-8 transformations.

And some are extremely difficult, requiring 8-15 or more transformations!

Click here or on the picture above to go to the website and begin challenging yourself. Every Morflet has a "par" you can try to beat. Each one has a limit, too, so you can't be too lazy!